Tursunbek Akun: ‘Parliament’s decision about my resignation is illegal’ 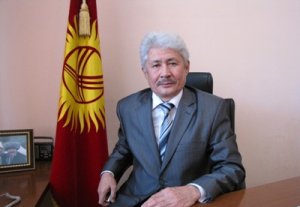 • “I am the only acting Ombudsman and the Parliament’s decision about my resignation is illegal,” the medically recovered, ex-ombudsman Tursunbek Akun stated, after deputies voted for his resignation on June 27. He distributed a letter through his lawyer, Erkin Sadanbekov.

• The former ombudsman is going to challenge the decision of Parliament in court, as Mr. Akun believes his removal was illegal, and contrary to “humanist principles.” According to Erkin Sadanbekov, despite the fainting of Tursunbek Akun and the requests by a number of deputies to postpone consideration of the issue until the fall, members of the Special Commission and the Speaker Asylbek Jeenbekov decided to complete their consideration of the issue. As a result, 57 deputies voted for the resignation of the Ombudsman.